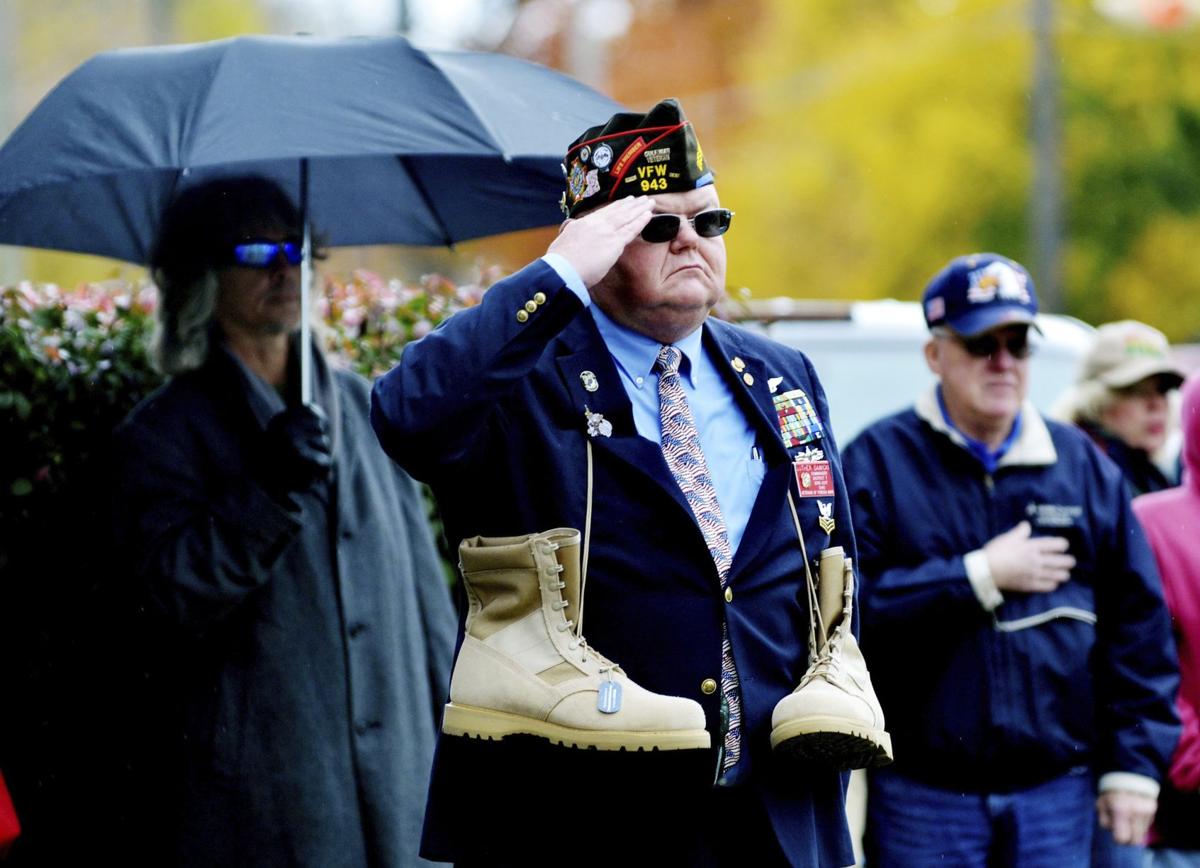 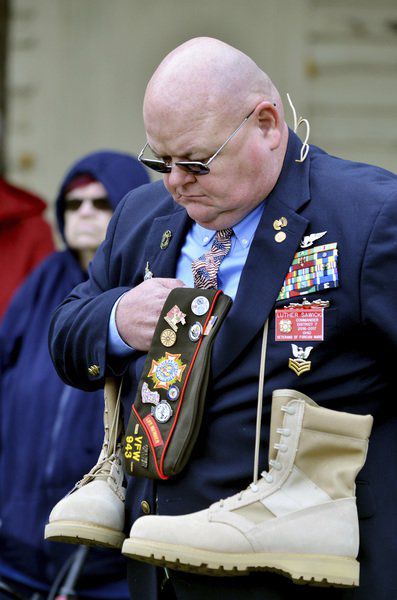 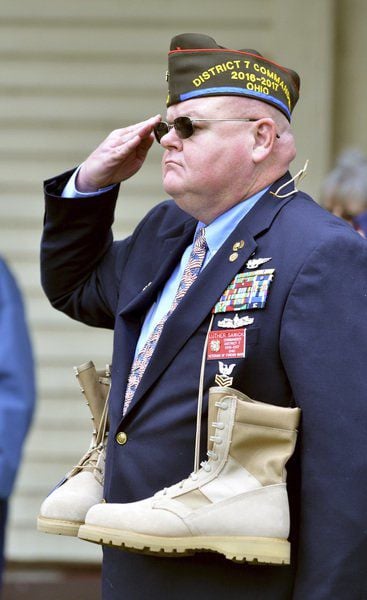 Luke Sawicki, a 1984 graduate of Ashtabula High School and the Ashtabula County Joint Vocational School, enlisted in the U.S. Navy with hopes of using his carpentry skills as a construction electrician — but that quickly changed.

"They closed the program while I was in boot camp," he said.

Sawicki went on to spend more than 21 years in the U.S. Navy, serving on eight ships and in 43 countries around the world, he said. He started as a morse code operator and also served as a ship barber, later working in Navy clinics and hospitals.

Sawicki served in Desert Storm and Desert Shield and met 21 American prisoners of war with a Red Cross team in Iraq near the Kuwait border.

His father spent 22 years in the military, including service in World II, Korea and Vietnam. He said his uncle John was killed early in World War II, so his father changed the initial on his birth certificate and joined the service at 16.

He said his father served more than 12 years in the Navy and 10 in the U.S. Marine Corps, and he later stayed close to the water working in the Merchant Marine.

After retiring in 2006, Sawicki moved back to Ashtabula and has served in a variety of positions in the Veterans of Foreign Wars, earned a bachelor's degree from Kent State University and started an environmental consulting company.

He is married to Mary Sawicki, an eight-year U.S. Air Force, and has three grown children Amanda, Sabrina and Thomas.

Sawicki has stayed active working with area veterans and is presently serving as the District 7 Commander of the Veterans of Foreign Wars. His responsibility includes managing 40 posts in northeastern Ohio — mainly providing guidance to make sure the posts are running appropriately.

Through his work with the VFW, Sawicki became aware of the increasing amount of veteran suicides during an educational event in Columbus.

In the last several years, Sawicki said he has taken veteran suicides personally and is seeking to make a difference for those veterans — 74 percent of those who commit suicide are Vietnam vets.

"That kind of really hit me. ... They have this feeling that nobody wants them," he said.

He often wears two Army boots strung around his neck to bring awareness to the problem, which includes veterans from Iraq, Afghanistan and other recent battle fields and duty stations. Sawicki said the boots have opened up interesting discussions with members of the public.

Sawicki has encouraged his VFW posts to conduct fundraisers to generate money and awareness of the mental health issues veterans face. He said they have already raised $4,000 towards a goal of $10,000.

"We are going to put a (public service) commercial together," he said.

People interested in helping reach that goal can participate at gofundme.com/55plus.