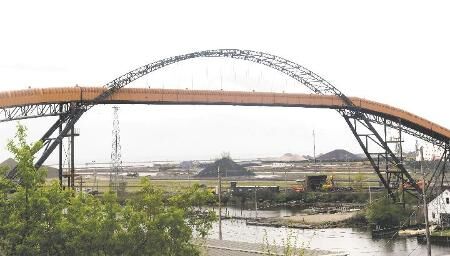 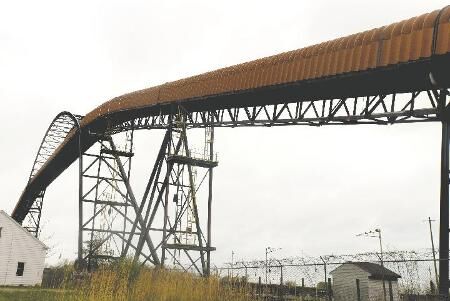 ASHTABULA —The historic coal conveyor belt and bridge will continue to define the skyline of the historic Ashtabula Harbor.

During Monday night’s virtual City Council meeting, council members approved an ordinance authorizing City Manager Jim Timonere to enter into agreements with Norfolk Southern Railroad and the Ashtabula River Foundation to buy the conveyor belt and bridge, lease the land it’s situated on, and sublease the land to one or more appropriate entities to maintain the structure at minimal expense to the city.

Timonere is not to spend more than $10,000 without further approval from City Council, according to the ordinance.

Ward 5 Council person Jane Haines asked who will be responsible for maintenance of the conveyor.

“The River Foundation will be responsible for maintenance of the conveyor,” Timonere said. “Only the cost of survey work will come out of the city’s coffers at this time.”

The Norfolk Southern facility at Ashtabula has been inactive for a number of years.

For the past two months, Timonere has been in discussions with Norfolk Southern about its future plans for the coal conveyor and whether the city could keep the iconic structure.

In December 2015, Norfolk Southern announced plans to consolidate operations of its coal docks on Lake Erie by closing its Ashtabula coal pier and shifting operations to Sandusky. More than 20 people lost their jobs.

The decline in demand for coal is the reason Norfolk Southern consolidated operations, railroad officials have said.

Norfolk Southern has owned and operated the Ashtabula coal pier since 1999. The facility primarily served the thermal coal market, trans-loading coal from Ohio, Pennsylvania and West Virginia to Canada and other U.S. destinations.

• Council approved an ordinance authorizing the city manager to enter into a $17,500 agreement with Ziegler Heating Company of Ashtabula for repairs to two air conditioning systems at the Municipal Building.

• Council approved an ordinance authorizing Timonere to enter into a contract with Jefferson Health Care to provide employee health, dental and vision insurance from July 1, 2021 to June 30, 2022.

• Now that lawn-mowing season has arrived, the manager said all high-grass complaints should be directed to the Planning and Community Development Department by calling 440-992-7118.

• Timonere warned residents that all-terrain vehicles and mini-bikes are not allowed on city streets. If caught, riders will be cited by city police.

• Council approved the appointment of Sally Bradley of Ashtabula to the Civil Service Commission.